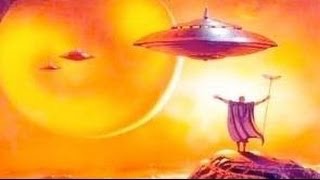 STUDY NOTES: Mystery of the Whirlwind

There is a Description of being SNATCHED away in the Bible, Called a WHIRLWIND.

In its first Use of this WORD WHIRLWIND

2 Kings 2:1
And it came to pass, when the LORD would take up Elijah into heaven by a whirlwind, that Elijah went with Elisha from Gilgal.

2 Kings 2:11
And it came to pass, as they still went on, and talked, that, behold, there appeared a chariot of fire, and horses of fire, and parted them both asunder; and Elijah went up by a whirlwind into heaven.

A whirlwind is coming to take Elijah away to Heaven. This was of the Lord.

But the Prophets are very familiar with Whirlwinds that snatched people away, and later they where found way far away upon a mountain. So they want to look for Elijah just in case.

The Word Whirlwind is attempting to describe something they could not describe.

Strong’s exhaustive concordance of the Bible

It snatched people away and Terminated them. Consumed them.

This is a Word used to describe what the enemy ( Fallen Angels ) do to humans.

1 Peter 5:8 Be sober, be vigilant; because your adversary the devil, as a roaring lion, walketh about, seeking whom he may devour:

Gulp down, Swallow, To eat, Down Fall, Defraud, beguile of reward.

The Fallen Angels CONSUME Humans, as Dust. It is what there Energy Source is. This has been going on since the beginning of the Species War, the FALL.

God Condemned the Fallen Angels ( Aliens ) to Feed off Dust, sin and death, the lowest elements of this dimension.

Gen 3:14
And the LORD God said unto the serpent, Because thou hast done this, thou [art] cursed above all cattle, and above every beast of the field; upon thy belly shalt thou go, and dust shalt thou eat all the days of thy life:

This is of course Way over humans heads. No one wants to LEARN ABOUT THIS.

Here it is saying that the Wicked will be snatched away.

This scripture is saying that the whirlwind passeth the wicked and they are NO MORE.

8175 ot
to storm away, sweep away, whirl away
to whirl away, be stormed away
to storm, shiver, dread, bristle (with horror), be very afraid

People by the thousands disapear from National Parks and places all over the Globe. This is a
Mystery that others write books about, but have no real info on what the source is/