The IDENTITY of the HUMAN RACE was Stolen in the Beginning/

In Genisis Chapter 1:26/ We have a discussion that has been MISINTERPRETED from the Beginning/ ( unless you are HEBREW )

Gen 1:26 And God said, Let us make man in our image, after our likeness: and let them have dominion over the fish of the sea, and over the fowl of the air, and over the cattle, and over all the earth, and over every creeping thing that creepeth upon the earth.

So they have Re Created MAN in their IMAGE/ which is Heathen Gods who have NO IDENTITY/ The Meaning of the Word Image in Gen. 1:26 means

The Church has been believing for hundreds of years this is talking about the Real GOD.??

If we had been created in the Image of the Real God, then there would never have been any SIN.!!

And we certainly would never need to get Born Again?

Is God Flesh? Where ADAM and EVE SPIRIT? This is such a CARNAL MIND concept, all due to Know one STUDYING WORDS to find out what they REALLY MEAN/

But even CARNAL MINDS Should be asking QUESTIONS, since none of this makes any sense to begin with/ IF GOD CREATED us PERFECT, then why would we need to get REBORN?

IF we where Created in his IMAGE we would Be PERFECT and there would never, ever, have been any SIN. !!!

SIN WOULD NEVER HAVE HAPPENED !!!!

The Fallen Angels who where DOWN GRADED to an ALIEN RACE/ Lower then cattle, in Genisis 3:14,15, the REAL GOD said/ that the Seed of the Women was going to wipe out their Seed/

All the Wars in the Old Testament are battles with the Off Spring of the Nephilim or Giants, who where the Fallen Angels fighting with the Seed of Abraham, ISRAEL.

They are in a Species War for survival/ All the Tribes that Israel, or Joseph & David are fighting are all the Descendants of these Aliens.

NOTES ON ALIEN TRIBES from GIANTS or Anak, or Rephaim etc.

Hbr 11:34 Quenched the violence of fire, escaped the edge of the sword, out of weakness were made strong, waxed valiant in fight, turned to flight the armies of the aliens. 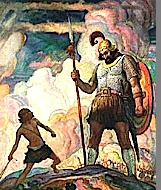 Definition in Old Testament/ Aliens.
5234
To Disguise ones self
to misconstrue
5237
Unknown, unfamiliar
Foreigners, Strangers
NT 245 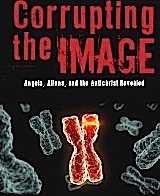 Gen 14:5 And in the fourteenth year came Chedorlaomer, and the kings that [were] with him, and smote the Rephaims in Ashteroth Karnaim, and the Zuzims in Ham, and the Emims in Shaveh Kiriathaim,

Anak = "neck"
1) progenitor of a family, or tribe of the giant people in Canaan Definition of Progenitor/ means the original seed. who Lived in Gaza ( still live there )

The Fallen Ones Distorted the GOOD NEWS so that it became a Religion/ which was NEVER, EVER intended by God/ GOD IS NOT A RELIGION/

They are the Original Creators of all CODES/ From the Beginning they started Perverting the Human DNA. They have planted viruses into our DNA that slowly cause Humans to LOSE their Physical IDENTITY, Creating Confusion as to who or what you are SEXUALLY/ ( this is their DNA Code or IMAGE/ this was what they Lost in the Fall, Their True Identity as an ANGEL )

So they have Re Created MAN in their IMAGE/ which is Heathen Gods who have NO IDENTITY/ The Meaning of the Word Image in Gen. 1:26 means

There DNA CODES that are Viruses/ implanted within the human DNA as coded transmissions that alter Human Sexuality/ into their IMAGE/ know true sex?

This is now Mutating at an ALARMING RATE/

If you are Identifying yourself with a Sexual Preference/ Rather then a SPIRIT MAN/ you have LOST your TRUE IDENTITY. 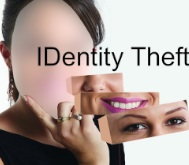 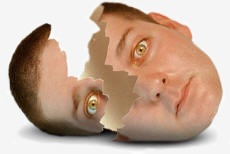 If you are CONFUSED as to your Sex or in BONDAGE to other types of Sexual Preferences/ then you have LOST your TRUE IDENTITY/ Your DNA is so Contaminated that the Codes in your DNA are totally Alien in origin.

You are in IDOL WORSHIP/ You Worship the Creature, Rather then the CREATOR/

These CODES and VIRUSES have Contaminated the Whole TIme LINE we are Living in/ It is as if we Live in an ANALOG Time Line, that is now being Converted to Digital, but the Virus is so Corrupt that it is going to CRASH the whole of Creation when it reaches a certain point of Contamination. ( happened 2,000 years ago )

The Crash will DESTROY them FOREVER/ and Gods Plan will be complete, since this WHOLE Time Line was for ONE REASON ONLY/ For GOD to Rid himself of his enemy/

The Fallen Ones have NO SPIRITUAL INSIGHT/ They had NO IDEA that the SEED of PROMISE was SPIRITUAL, and SUPERNATURAL in origin.

So Before this Time Line Started, GOD made a Plan to give the HUMAN RACE a WAY OUT of their Corrupt DNA. SIN.

THE GOOD NEWS that was sent out 2,000 years ago/ Is that you can become a NEW CREATION and Leave your OLD contaminated self behind.

You Take on his BODY/ and you become ONE with him. He is A SUPERNATURAL BEING from Out Side of TIME/ There is NO DNA in the SPIRIT.

You are not getting out of this CRASH unless you are found in him.

2,000 years ago This Present TIME LINE COLLAPSED/ and JESUS said IT IS FINISHED/

THAT MEANS THE END/

We are now in a time warp, after math of what happened 2,000 years ago/

We are Just Now experiencing the Fall OUT of what happened 2,000 years ago/

The TRIUMPH of the RESURRECTION was the Collapse of this dimension.

THE GOOD NEWS IS THE SEED OF PROMISE is OFFERED to ALL who will Receive it.

IT IS A TRANSFORMATION from a Carnal DNA Seed/ to a INCORRUPTIBLE SPIRITUAL SEED of the SPIRIT.

You MUST BE BORN AGAIN if you Want to Be Found in the NEW TIME LINE/ since this one passed away 2,000 years ago/

BORN AGAIN is not a Religious event/ IT IS an OFFER of NEW LIFE Beyond the Bondage of this Virtual Reality of Alien corruption or SIN.

GET A NEW LIFE/

TIME IS RUNNING OUT/ 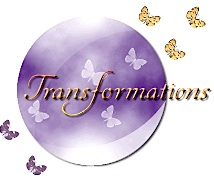 The Real War is about Corruption