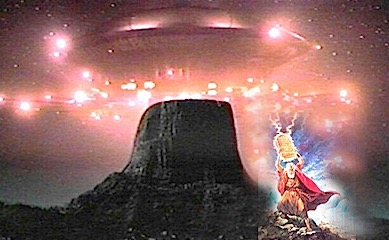 Fallen Angels from the clan of Nephilim


Satan is a Fallen Angel who became a Species of Aliens called Nephilim, many other names. FALLEN means DOWNGRADED. He went from being an Angel to being an Alien.

Satan wanted to be Worshiped like God, so he has always started FALSE MOVEMENTS, called Religion so that he could be Worshiped. (There are other reasons that are over humans heads, for why Fallen Angels need these Religions)

1Ch 21:1
And Satan stood up against Israel, and provoked David to number Israel.

David thought this was An Angel of God, and Later, he PAID the PRICE for this FALSE Encounter and all of Israel was punished for his stupidity.

The encounters throughout time points out that Fallen Angels, and God's Holy Angels, are unable to be discerned by humans.

Read the chapter: 1Ch 21:1
Paul talks about Preaching Another JESUS and another Gospel?

Read all of Galatians Chapter One

Gal 1:8
But though we, or an angel from heaven, preach any other gospel unto you than that which we have preached unto you, let him be accursed.

Gal 1:9
As we said before, so say I now again, If any man preach any other gospel unto you than that ye have received, let him be accursed.

Now we have Declared that Mormons are a CULT and the reason is because a FALLEN ANGEL gave Joseph Smith Jr, this False Doctrine on Gold Plates ( not stone plates? )

Now Joseph Smith Jr had the Bible to Read, and he could have Read these Scriptures, so he did not Know God's WORD and he did not have the HOLY SPIRIT as his Teacher, so he Believed the LIES OF THE DEVIL / Fallen Angels, Aliens.

Apparently the Rest of the Mormon Church has Never Read Galatians either?

God tells us: My People are Destroyed Due to their Lack of Knowledge???

In other Words this was all IDOLATRY, or the Worshipping of ANGELS, The Hosts of Heaven.

Deu 13:2
And the sign or the wonder come to pass, whereof he spake unto thee, saying, Let us go after other gods, which thou hast not known, and let us serve them;

1Co 10:5
But with many of them God was not well pleased: for they were overthrown in the wilderness.

The people at Sinai did not have Galatians to refer to?

THE LAW WAS FRAUD

Counterfeit Covenant / LIE of the Devil

FALLEN ANGELS, or ALIEN GODS, Masquerading as Angels of Light.

2Cr 11:14
And no marvel; for Satan himself is transformed into an angel of light.

Aliens Visited Joseph Smith Jr, and deceived him, by giving him FALSE DOCTRINES.

When People say YES to the BONDAGE of RELIGION, they bring themselves back Under the LAW, that was Done away with.

This gives the ENEMY BACK the POWER that JESUS Shed his BLOOD to get Rid of, so they are actually Nailing JESUS back on the CROSS, and make the VICTORY of the CROSS Null and Void in their Lives.

Hbr 6:6
If they shall fall away, to renew them again unto repentance; seeing they crucify to themselves the Son of God afresh, and put him to an open shame.

FALLEN Angels from the clan of Nephi or Nephilim

Th 2:11
And for this cause God shall send them strong delusion, that they should believe a lie:

FALSE COUNTERFEIT COVENANTS from ALIENS/ Nephilim/ Fallen Angels/ seeking to Keep the Human Race in Bondage to Serving them, in ways we do not Understand.!!!!

2,000 Years ago JESUS himself NAILED the CURSE of RELIGION, called the LAW to the CROSS.

RELIGION was ABOLISHED 2,000 years ago, But that went Right over everyone's Head, and people are still Looking to RELIGION that JESUS Died to get Rid of.

People do not KNOW WHAT BONDAGE IS! The Book of Mormon and the Golden Plates, was the Reinstatement of the LAW, the Curse, that JESUS ABOLISHED.

THE BOOK of MORMON LINK

Eph 2:15
Having abolished in his flesh the enmity, even the law of commandments contained in ordinances; for to make in himself of twain one new man, so making peace;

Col 2:14
Blotting out the handwriting of ordinances that was against us, which was contrary to us, and took it out of the way, nailing it to his cross;

IT IS BEYOND AMAZING that what Happened to Joseph Smith Jr is the Same thing that Happened on Mt Sinai, where Fallen Angels started the first Religion in giving the Law, which was a CURSE.

Only they gave it on tablets of Stone, not Gold Plates?

Like Humans in an Airplane landing in Africa, where No WHITE person had ever been seen, or an Airplane never seen before. These Angels would be worshipped as Gods. Just as the Fallen Angels who landed on Sinai where thought to be Holy Angels.

So the LIE that Happened at SINAI, was OVER everyone's Heads, since they did not have the WORD of GOD from PAUL to compare things to.

2,000 years Later, anyone should be able to use this EXAMPLE and READ for themselves what Actually HAPPENED.

Paul Studied this for Years, but God would not allow him to Understand this, it was not for that Time/ But Paul Lays the Whole Bible Study out that shows us that the LAW was the EXACT OPPOSITE of God's Character. ( More on Pauls search for answers to the Law later)

SATAN Brings the Human Race into Bondage, through RELIGION, which is LAWS, or COUNTERFEIT COVENANTS, tablets of stone, or Plates of Gold 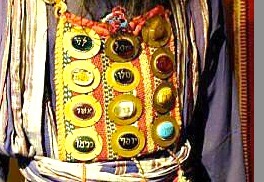 CROSS REFERENCE for this Design

The Priestly Garments design are all designs from SATAN'S Covering before his FALL.

Ezekiel 28 12-19
Eze 28:13
Thou hast been in Eden the garden of God; every precious stone was thy covering, the sardius, topaz, and the diamond, the beryl, the onyx, and the jasper, the sapphire, the emerald, and the carbuncle, and gold: the workmanship of thy tabrets and of thy pipes was prepared in thee in the day that thou wast created.

Eze 28:14
Thou art the anointed cherub that covereth; and I have set thee so: thou wast upon the holy mountain of God; thou hast walked up and down in the midst of the stones of fire.

Exo 28:30
And thou shalt put in the breastplate of judgment the Urim and the Thummim; and they shall be upon Aaron's heart, when he goeth in before the LORD: and Aaron shall bear the judgment of the children of Israel upon his heart before the LORD continually.

The Urim and thummim where put in a Breast Plate. I am guessing this may have been some sort of communication device? Alien technology.

He was given two stones in silver bows, and these stones fastened to a breastplate constituted what is called the Urim and Thummim, deposited with the plates, and the possession and use of these stones was what constituted seers in ancient or former times, and that God had prepared them for the purpose of translating the book." (Times and Seasons, vol. 3, p. 753; Comp.with Pearl of Great Price, p.52)

THE BOOK of MORMON LINK 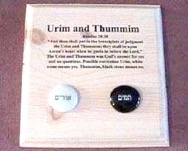 MAN LOVES BONDAGE. He has been Conditioned to Live a CARNAL LIFE.

His Nature is Carnal Bondage.

FREEDOM is in the SPIRIT, but MAN is not Comfortable walking in the Spirit, it is too FREE.

The Enemies MO never Changes. Why should he change, since Humans fall for his LIES every time?

This LIE is Coming Again. The HUMAN RACE must WAKE UP to this, all Religions are bringing Man back under the LAW, and Made as Sheep to the Slaughter.

Slaughter is what these Aliens are about. This is what they come for. They HATE HUMANS, and want to Slaughter the HUMAN RACE & Consume their DUST.

PASSOVER was SLAUGHTER. The DESTROYERS, the ALIENS, Passed Over, and Slaughtered the first born. This was a Form of Sacrifice, DUST.

They FEED on DUST. DUST, SIN and DEATH, is their Energy Source.

Gen 3:14
And the LORD God said unto the serpent, Because thou hast done this, thou art cursed above all cattle, and above every beast of the field; upon thy belly shalt thou go, and dust shalt thou eat all the days of thy life:

The Temple Mount was a Slaughter House. JESUS ABOLISHED THAT. THE JEWS still don't get that they where Worshipping Aliens at Sinai, The Hosts of Heaven.