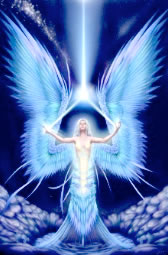 I went through a period of time when the Holy Spirit was helping me to pray long hours in a prayer closet. I was in this closet praying when I was transported into the Future. I was standing out side a camp, in some god forsaken town. It was a mess, and there was a women telling me that if I wanted to be safe I had to report to the camp for my Leader. The World had been
divided up into 10 pieces

This was a Death Camp, the Anti-Christ Camps, and what was being done there was not something the Natural Mind could comprehend, or even devise. This was worse then any Holocaust. We are talking about Demonic beings, Torturing Humans, because they are human. The purpose or reason is beyond our mental capacity to Grasp.

This was Hell come down to Earth. The Lord allowed me to Glimpse this for a second, from the Mind of Christ.
Then what I saw was erased from my mind, or I would have gone MAD.

Rev 12:12 Therefore rejoice, ye heavens, and ye that dwell in them. Woe to the inhabiters of the earth and of the sea!
for the devil is come down unto you, having great wrath, because he knoweth that he hath but a short time.

Rev 12:13 ¶ And when the dragon saw that he was cast unto the earth, he persecuted the woman which brought
forth the man child.

If you went into these camps, it was certain death. So people were being herded like cattle to get connected to the
right camp to be safe, and the world was being divided up into sections for you to report to. (I thought it might
also have something to do with citizenship eventually. Reporting to the place you were born to prove your birth place.)

Then the Holy Spirit was standing behind me, and he said in a VERY LOUD VOICE, GET BACK IN YOUR PRAYER CLOSET WHERE YOU BELONG. At that Moment I was Transported back to the Prayer Closet, and I Bolted out the Door onto the Floor.

Our civil rights under the Constitution are being taken away, and it is the enemy's plan to do away with our Constitution. In this Vision I was also shown that there where 10 Camps. The World had been divided up in pieces, and each Camp had a Leader or Captain. You where supposed to report to the Camp you belonged to, where you would find SAFETY. (from what?)

This is the second part of the Anti-Christ Camps,  (Could be Created by UFO or Celestial Visitors?)

The Lord showed me that just as it was during the days of the FIRST COMING of CHRIST,   so shall it be  at the Second Coming.

The people of that Day were being Herded like cattle, so the Government could keep track of them.

Luke 2
Numbering, Census, Taxing, Registration,  are all terms used for the same thing.

In I Chronicles 21  and  2 Samuel 24 we are told how satanic it was to do this. David was deceived by a Fallen Angel
and brought  disaster on Israel  for  numbering the people.

In Luke 2 we have Mary and Joseph going to Bethlehem to their Ancestral Home, to Register, since they were the Royal Line of David, and David was Born in Bethlehem. Everyone had to return to their Ancestry Home or Blood line Home to be counted.

The Second Coming will be the same. This is where the World is now headed. IMMIGRATION AND TRACKING OF PEOPLE for reasons of Safety,  that Governments make up.  It is all Satanically Orchestrated.

Forcing people to be counted for One World Government.

Eventually everyone will be told to Report to one of the Camps.

Rev 17:16
And the ten horns which thou sawest upon the beast, these shall hate the whore, and shall make her desolate and naked, and shall eat her flesh, and burn her with fire.

Rev 17:17
For God hath put in their hearts to fulfil his will, and to agree, and give their kingdom unto the beast, until the words of
God shall be fulfilled.

The Temple of God has Already received a Mark in the Spirit, along with a White Stone and a New Name.

Rev 2:17
He that hath an ear, let him hear what the Spirit saith unto the churches; To him that overcometh will I give to eat of the hidden manna, and will give him a white stone, and in the stone a new name written, which no man knoweth saving he that receiveth [it].

Sealing them for the day of Redemption.

The Temples of God have the BLOOD of the LAMB over them, Just like the Children of Israel had it over their door posts, when the Destroyer (Fallen Angels/ Aliens)  went over. Only this time  God will Pass Over, and  Retrieve his own Elect Marked by  the Blood of the LAMB.  1 Thess 1:10    I Thess 5

1Cr 15:40 [There are] also celestial bodies, and bodies terrestrial: but the glory of the celestial [is] one, and the [glory] of the terrestrial [is] another.

This  is a PRISON  DIMENSION  /  Terrestrial  Means PRISON.